‘Future musicianship and present educational practices’: a response to eight questions on the future of the conservatoire as an institution 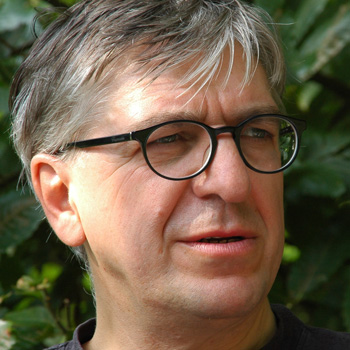 Erlend Hovland has asked eight questions in the hope of stimulating a debate about ‘Future musicianship and present educational practices’. His questions are good ones, but he is not the first to ask them, and there is thus no lack of empirical findings on this topic, or indeed of sophisticated responses to the questions.

But we might ask ourselves why these responses and assessments have thus far had so little impact? Should we understand this unresponsiveness as a confirmation of the argument that the Higher Music Education Institutions (HMEI) are stagnant and self-centred systems whose raison d’être is a kind of collective solipsism, and which, consequently, are incapable of change?

If we ask whether the HMEIs provide study programmes that are sufficiently occupation specific, whether they educate too many musicians, or whether they might not do better to make young people reflective and to prepare them for portfolio careers, then we assume that studying music at an HMEI is the only way to prepare young people for a life as professional artists. Even if we want to believe that this is the case (considering that the heads as well as the managers of the HMEIs strive to do their best), let us ask ourselves, honestly: Is this at all reasonable and desirable to strive for?

First it should be noted that access to the profession of the artist is not regulated by law. In other words, one need not graduate from an HMEI to earn a living as a musician. No one asks whether a successful musician has a diploma or can read and write properly. This is true not only for the much-invoked soloist or conductor, the commercially successful pop musician and the sound wizard, but also for orchestral musicians, and in many European countries even for instrumental and vocal teachers. Only a small segment of the professional fields for which the HMEIs aim to prepare students require a state-recognized degree as a prerequisite. These usually include classroom teachers, music therapists and church musicians.

It still sometimes happens that a particularly outstanding student leaves an HMEI without having attained a degree. In fact it’s reasonable to ask why a young musician who already has a successful career with his band during his studies should bother to graduate? What need has someone for a degree who has been successfully auditioned for an orchestra position, beating the competition of many who hold such a degree?

Whenever I am invited to a hearing in Brussels about the future development (and financial support!) of music, art and culture, I realize that at least half of the other invited experts have a background that is miles away from the world of the Music or Art HEIs. They are representatives of streaming service providers, lawyers specialized in the patenting of ringtones and managers of concert arenas. For many political decision-makers, music, art and cultural policy serve above all to create new jobs. In other words: Music is relevant as long as it contributes to economic growth.

Nevertheless, none of this calls into question the value the higher music education system as such. One of the special characteristics of academic education is that it does not aim at a narrow, well-defined job description, but rather makes graduates flexible and adaptable by equipping them with versatile abilities and with competences to further develop themselves by their own. We just have to learn to accept this openness and uncertainty. In addition, we need to convince decision-makers that this openness is a good thing. The responsible leaders cannot afford to think any longer in narrow job descriptions and vocational requirements capable of being put into operation by tailor-made study courses; those in fact represent the professional world of yesterday.

As the HMEIs’ stakeholders and responsible actors within the sector, we must ask ourselves first and foremost what our mission and mandate is. Have HMEIs failed if there are successful professional musicians who were not educated in one of our institutions? I think the answer is ‘no’. Of course, the HMEIs need to make sure they provide study courses that are also attractive to those who are flying high. They must be open to react quickly and flexibly to changes in the music world, by providing courses of study that respond to these changes. However, we should also get rid of the illusion that the HMEIs themselves could be the driving force pushing developments ahead. HMEIs have never been and will never be trendsetters. But if they are performing well, they listen to the trendscouts.

1) Are we educating too many musicians?

No, but we are preparing too many students for a job that only a few will get. And we are pretending that the pathway leading into the profession of music would be similar to the pathways to become a medical doctor or a mechanical engineer. A music study programme should not teach the students a certain way of acting, but should give them understanding and awareness that enable them to act as artists. The irony is that if we define artistic qualification like this, the traditional study programmes aimed at orchestral musicians turn out to fulfil the requirement the least well.

2) Shall the conservatoire educate craft-persons or artists?

In his book The Craftsman, Richard Sennett praises the advantages of knowledge that arises from action: ‘Letting the hand lead the brain, rather than letting the brain rule the hand’. Critical voices point out that he thus encourages those teachers who have always told their students: ‘Just keep on practicing!’ But Sennett has also shown us what we can do in order to avoid academization becoming a trap. I am interested less in the question of whether HMEIs should educate craft-persons or artists, than in whether HMEIs should hire teachers who understand themselves as crafts-persons or as artists. This is not meant in the sense of a label (everyone will tell you: ‘I am an artist!’), but in the sense of a consistent correlation between the person’s self-concept and capability to reflect his or her own practice.

3) How conservative can the conservatoire be?

If it wants to be conservative, no one will prevent the conservatoire from being conservative. There is no real pressure to change things, either from outside nor inside. I believe one can safely say that there are few other professions in which the professional requirements have changed so little in the past decades as that of an orchestral musician or a piano teacher at an HMEI. There is also no lack of young people who are happy to conceal themselves under the protection of HMEI instead of facing the challenges of the world outside.

4) To what extent do the educational practices sustain a power structure where the student cannot claim ownership and agency?

One of the key concepts for the further development of HMEIs might be ‘student-centred’. The tricky thing is that this is not as easy as it sounds. To what extent are students seriously interested in student-centred learning and teaching? Don’t they feel comfortable in a system where they do not expect much more from HMEIs than what these are providing anyway? Would we not need to make a different type of students pass the entrance examinations if we intend to seriously pursue this agenda?

5) How can we enhance the aesthetic reflection both inside and outside our institutions?

By providing the stakeholders with convincing examples proving that aesthetic reflection is beneficial. Internally, by giving examples able to show that reflection helps to improve artistic practice and competitiveness. Externally, by convincing political decision-makers that Artistic Research is a mode of research with a dignity of its own, and is at the same level as other research modes and methods.

6) If higher music education is in crisis, how do we judge its seriousness and where do we seek the solution?

I do not consider the HMEIs to be threatened from the outside, but neither are they encouraged to change. The stimulus to change must come from inside, from the people acting and from the stakeholders. And we should be aware that change might be a prerequisite for securing the HMEIs’ survival in the long run.